In the spirit of the festivities, a Non-Governmental Organisation, Israel Ibeleme Foundation has awarded scholarships to children of traffic wardens selected from traffic control points across the Federal capital.

The event which was packaged as a surprise for the Traffic wardens had in attendance, the Assistant Commissioner of Police, DPOs and other top ranking Police officers within the Command.

Speaking on the reason for the kind gesture at this time of the year, the Founder of the Foundation, Mr Israel Ibeleme noted that the traffic wardens deserve to be appreciated and encouraged. 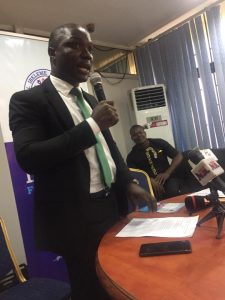 In his words, “Many people may conclude that they are doing a job they’re being paid for, but these are men and women who have families but spend most of their times on the road, just to ensure orderliness and safety for road users.

“Their nature of job is one that involves motor accident risks, yet, you find many of them dedicated and deeply committed to their duties”.

He further said that instead of watching from the sidelines, every Nigerian should take active part in fixing the issues facing the Nation. “Try to do that one thing you want to see. If you want good school buildings in your community, contribute and build one”, he added.

In his response, the Assistant Commissioner of Police, Nurudeen Sabo thanked the Israel Ibeleme Foundation for thinking about the welfare of traffic wardens and initiating the noble gesture which is the first of its kind. 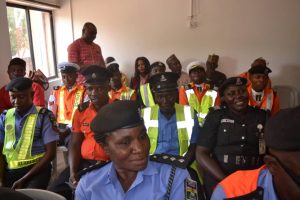 He noted that the selected beneficiaries are just some of the dedicated Traffic wardens, and called on other Nigerians to emulate the Initiatives of the Foundation.

An excited Inspector Antonia Uchendu from the Wuse Division, who fought hard to hold back tears, said she was at her duty post when she was called to come over to the office.

She added that she was happy that her little efforts have been noticed, and appreciated the Foundation for the gift items and the scholarship and pledged to be more dedicated to her job.

Also, the Foundation took the same programme to the Abuja sector command of the Federal Road Safety Corp, where Five traffic controllers got hampers and two of them got Scholarships for their children. 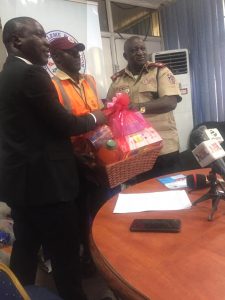 The Sector Commander who was on ground, thanked the Foundation for the gesture and called on other Nigerians to take bold steps towards improving our societies.