The Federal Government has assured Nigerians that it will put an effort to ensure the completion of the Lagos-Ibadan railway project, stressing that the project will not be abandoned.

Giving this assurance on Friday in Lagos, the Minister of Transportation, Hon. Chibuike Amaechi, said that winning the election has given the government the room to go ahead with the rail project, stating that the same government that started the project will finish it.

According to him, “Why will it be abandoned? First is that we won the election. Having won the election, it means that the same Government that started the project will finish it. Even if they change the Minister, It will still be the same government”.

Amaechi, who was accompanied to the routine inspection by the Senate Committee Chairman on Land Transport, Senator Gbenga Ashafa and the Minister of Rail Development Ghana, Hon. Joe Ghartey, noted that the contractor on the project, China Civil Engineering Construction Corporation (CCECC) has made progress to kilometre 102 and has promised to reach kilometre 109 by April 8, 2019. 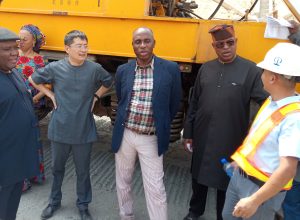 On some challenges being encountered in the project, he said, “Kilometre 110 is where we are having soil challenges, we need to replace the soil and they also said replacement of soil is also needed in kilometre 116 to 119. Those challenges are as a result of poor geological survey and the survey revealed to us that the background water in those areas is very high. So that is what we are doing.

“The challenges we are confronted with presently is a matter of time and that is because we are close to rainy season and we need to deal with them before the rains because if the background water is high now, imagine how it will be when the rains starts. So, they have to find solution to it before the rain”, he stated.

While speaking on the challenges in connecting all states by rail, he noted that fund has been a challenge and urged Nigerians to be patient, adding that a total of $36 to $40 billion is needed to proceed with connectivity. 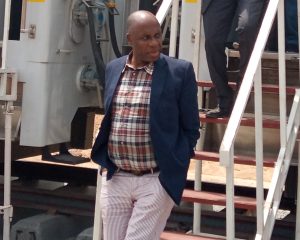 “We are trying to meet the challenges we are facing, finding solutions to them according to the directive of the President but Nigerians must realize that these challenges are only resolved by funds and those funds are not just readily available”, he pointed out.

The Minister further revealed, that the Minister for Railway Development from Ghana was on the inspection to mirror what Nigeria is doing so they can do same in Ghana which is about to start 100 Kilometers of railway project in the next three months.

For his part, the Senate Committee Chairman on Land Transport, Senator Gbenga Ashafa, stated that the project which has increased empowerment by employing about 10,000 Nigerians cannot be abandoned.

“This is a project that cannot fail.This project cannot be abandoned.The Minister has done very well in driving this project.

“The National Assembly has partnered with the executive seriously in ensuring that appropriate funds were given, oversight was done in a manner that regular inspection is carried out”, he said. 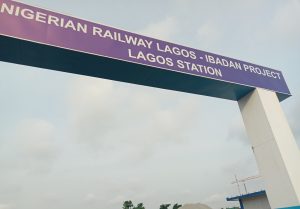 He further commended the speed of work, stating that added value is exhibited in terms of infrastructure springing up from different directions.