Bangladesh High Commission in Abuja, Nigeria participated at the Third Asian Film Festival which held in Nigeria, from 23-26 January 2020.

On the inaugural day, অন্তর্যাত্রা ONTORJATRA directed by celebrated film-makers Tareque Masud and Catherine Masud was screened, in the festival where eight Asian countries participated. 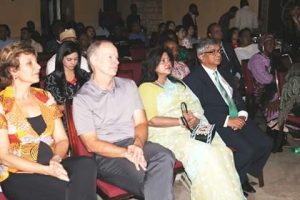 The initiative is a part of the Mission’s Public Diplomacy drive to familiarize and positively brand Bangladesh to the wider audience of Nigeria.

Speaking to The Sight News on the sidelines of the event, the High Commissioner, Md. Shameem Ahsan, revealed that Bangladesh which was participating for the second time,
considers the festival very important.

He further noted that Culture or film can play a very effective role in creating greater bonding and understanding among countries, communities and nationalities. 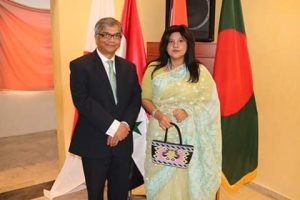 Commenting on the Bangladeshi Film industry, the High Commissioner said, “Our film industry is a booming industry and because of the patronization it receives from the Hon. Prime Minister Sheikh Hasina, quality films are coming out because of the incentives and the enabling environments created by the government.

“It is attracting talented persons to engage themselves in the film industry and I hope we will be able to watch a good number of quality films in the next coming year”, he ended.

Also Present at the event which had the Director General, National Council of Arts and Culture (NCAC) Otunba Olusegun Runsewe as Guest of Honour, were Nigerian dignitaries, Ambassadors/diplomats, members of the civil society, cinema lovers, activists of cultural organizations, among others. 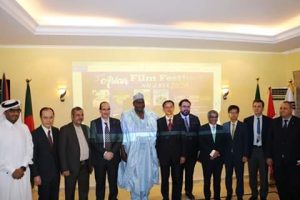 As the movie earned wide appreciation among the enlightened audience, the Bangladeshi High Commission thanked the organizers specially the Embassies of Iran and Syria, Guest of Honour, and respected guests for their support.

“Special thanks to Ms. Catherine Masud for her generosity as she shared a digital version of the film which ensured best quality and high resolution. Many thanks to the Ministry of Information, Government of Bangladesh for sending films for screening at the Festivals(2020,2019).

“Deep appreciation to the Ministry of Foreign Affairs, Dhaka for its generous support for this Mission”, the Commission noted.

The High Commission also screened another movie based on the War of Liberation(Rina Brown) in the Second Asian Film Festival,2019) which was well-received.