The Nigerian Meteorological Agency (NiMet), on Tuesday predicted that a ‘normal to above normal’ rainfall is expected generally in the country.

This is just as it said that the total rainfall amounts will range from 400mm in the north to about 3000mm in the South.

The Minister of Aviation, Sen. Hadi Sirika made the disclosure at the 2020 Seasonal Rainfall Prediction with the theme “The Role of Climate Information for Decision Making in a Changing Climate”.

He stated that the earliest onset date is likely to occur on the 24th of February around the coastal zone of the south-south states while states like Sokoto, Kebbi, Zamfara, Katsina, Jigawa, Yobe and Borno are predicted to likely have their onset from 2nd June, 2020. 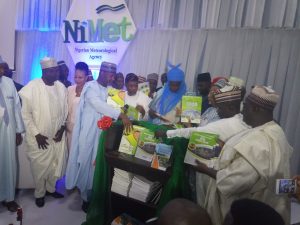 Speaking on the length of the growing season, he pointed out that ‘a normal to longer than normal length of season’ is generally predicted across the country.

According to him, “The 2020 onset of the growing season is expected to be ‘near-normal to earlier than normal in most parts of the country’.

“Before the full establishment of the onset of the planting season over the various ecological zones, a couple of rainfall events are expected to occur which could be enormous and tend to give a false start of the season. Such rainfall events are not uncommon, however, their frequency seems to be on the rise.

“Some forcing functions have been observed to be likely responsible and will be monitored carefully and keep Nigerians informed. Farmers should therefore avoid early planting during this period to avoid losses”. 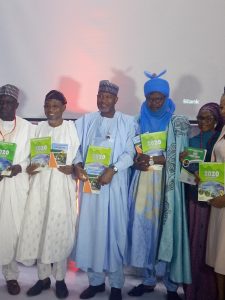 He emphasized that a severe dry spell that may last up to 10 to 21 days is expected in areas such as Niger, Bauchi, Jigawa, Sokoto, Zamfara, Katsina, Kano, Kebbi, Yobe and Borno in the months of June and July which may last between 2-3 weeks after the Onset, and urged Farmers to moisture conservation techniques to avoid crop losses during this period.

Sirika stressed that the normal to near normal rainfall pattern in the country does not rule out the possibility of isolated flash floods due to increasing high intensity rainfall at the peak of the season, especially in areas that are naturally prone to flooding.

He commended the Management and Staff of NiMet for continuously improving the quality of its services, sustaining the momentum of timely presentation of SRP within January every year and winning the confidence of Nigerians. 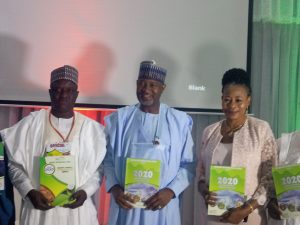 For his part, the Director General of NiMet, Prof Sani Mashi while speaking on the Malaria forecast, said that southern part of the country and parts of the central states are likely to be in moderate vigilance, as air temperatures and other environmental factors such as vegetation cover may likely favour the emergency of malaria.

He remarked that the entire north is projected to be in low vigilance, and high vigilance for malaria is expected over the coast of Akwa Ibom, Bayelsa and River states.

“High vigilance for malaria is expected over the coastal states of the south.  Moderate watch is required over Benue, Kogi, Osun, Ekiti, Enugu, Ebonyi, Anambra, Kwara, Ondo and Oyo. Low vigilance over the north and some central states”, he added. 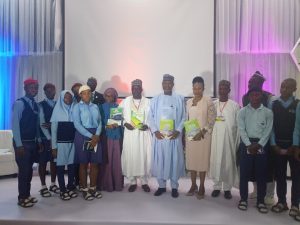 The SRP produced by NiMet is a science  based climate information package produced in fulfilment of its mandate of advising government and the general public on all aspects of weather and climate.