Members of the Super Eagles team of 1980, 1994, Atlanta 1996 as well as track and Field and boxing dominated the list of the 60 sports icons that was unveiled during the celebration of Nigeria’s most outstanding sports icons of the last sixty years.

The event which took place at the Velodrome of the Moshood Abiola National Stadium Abuja Friday, October 16th will have the pictures of the stars on display for 60 days.

According to the votes cast to pick the outstanding stars through various platforms, Mercurial Super Eagles players like Nwankwo Kanu, Austin Jay-Jay Okocha, Daniel Amokachi, Garba Lawal, Emmanuel Amunike of the famed 1994 and Atlanta 1996 Dream Team were selected by a wide spectrum of Nigerians. 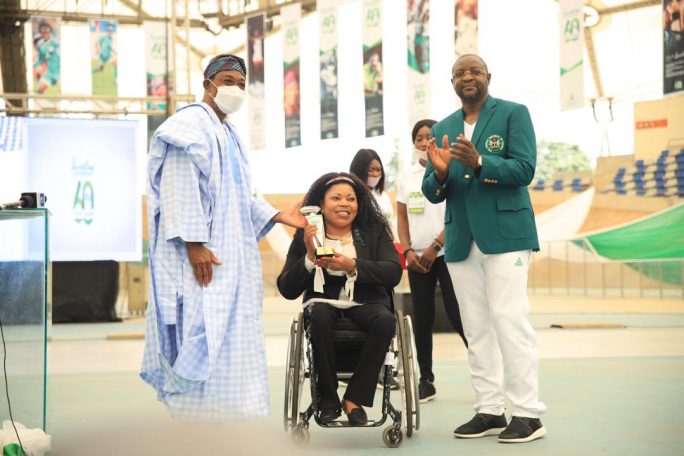 Emmanuel Okala and Mudashiru Lawal were also picked as symbols of the 1980 Green Eagles.

The Golden Eagles of 1985 that paraded the likes of Captain Nduka Ugbade, Victor Igbinoba and coached by Sebastian Brodricks – Imasuen were also recognised.

Notable personalities that graced the memorable event include 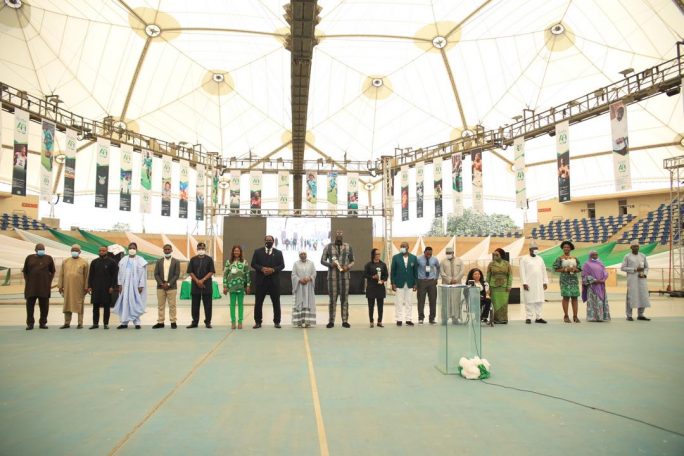