ABUJA: Nigerians from all walks of life thronged the All Christians Fellowship Mission Headquarters in Maitama Abuja to bid farewell to Late Evangelist (Mrs.) Helen Titilayo Okoye in a packed service of Songs.

The Service of Songs which held in Abuja on Sunday, was overflowing with tribute from those in attendance, as they described the late Evangelist as a great woman who would be missed.

In his tribute, Former Head of State, General Yakubu Gowon, noted that although the family have lost late Evang. Okoye on earth, she has not been lost in heaven.

While praying for God to give the family the courage to bear the great loss, he said, “We will miss her, may her soul rest in Perfect peace”.

Also, Nigeria’s Vice President, Prof. Yemi Osinbajo in his condolence message, emphasized that nowhere on earth can be compared to heaven.

Prof. Osinbajo who was represented by the Aso Rock Chaplain, Pastor Oluseyi Malomo, stated that the late Evang. Helen Okoye demonstrated unflinching commitment to the great commission and exemplified a true role of a missionary. 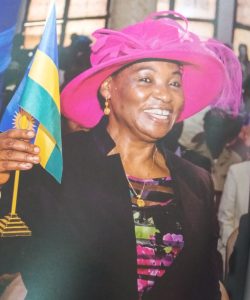 For his part, the Peoples Democratic Party, Vice Presidential Aspirant, Peter Obi, noted that mama has gone to pray for Nigeria in Heaven while her husband and others pray on earth.

He urged every one to continue to pray for Nigeria for God to touch politicians to use public money for public good.

He also noted that she was gifted in caring for people and had so much passion for lost souls and shared the gospel with excitement, profound faith and great expectations for a huge harvest of souls.

According to him, “She was honest, upright, candidly frank, true, trustworthy and consistently good. What a gem!

“Certainly, the Christian community in Abuja and beyond has lost a role model of how to praise the Lord with exceeding joy; and how to genuinely love and care for lost humanity.

“I believe that she has fought a good fight, finished the race and kept the faith and await a crown of righteousness from God”, he said.

He prayed that God will deeply comfort the family and His peace flood the heart of Rev. Dr. William Okoye and the entire family. 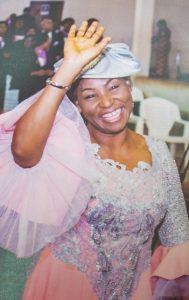 Also speaking, the Resident Pastor of the ACFM Headquarters, Rev. Kola Balogun in his tribute, described her as one that was always concerned about every person and was a very appreciative person.

“She was so selfless and so humble that if you are doing something better than her, she will give you the avenue to do it very well. She was a unifier, she loved everyone”, Rev Balogun said. “She has created a big vacuum that I don’t think that we can ever fill in the church, she has gone to be with the Lord and I know she is resting in the bossom of the Lord”.

The late Evang. Okoye ministered in the Maitama church for over 42 years and died on May 2, 2019 after a brief illness.

Group Set To Give Identity to Africans in Diaspora