ABUJA: The Katsina state government has expressed support for an integrated automobile body, mechanical and spare parts village project, which will help regulate the mechanics in the state.

The mechanic village which will serve as a skill acquisition centre for apprenticeship, is expected to create jobs, reduce environmental impact as well as reduce city widespread concept of mechanical engineering.

He further noted that Katsina state is looking to save revenue that is being lost and to see how, through the mechanic village, there will be cross-fertilisation of ideas which will be of immense benefit to the entire country. 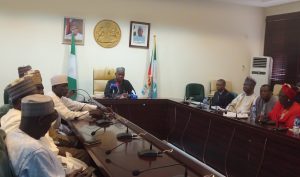 Gov. Masari who noted that the mechanic village has always existed but lacked organisational structure and regulations, said the integrated Mechanic Village will bring about regulation which will in turn save revenue.

“If there is regulation, a lot of money will be saved and when all vehicles come through designated ports in the country, there will be control and the revenue spent regularly will be channelled to developing the transport sector in Nigeria”.

The Governor who noted that there is huge opportunity in Nigeria for the Transportation sector to grow, prayed that NADDC will get all the necessary support and urged them to seek partnership with other state governments.

For his part, the NADDC Director General, Jelani Aliyu, MFR, expressed excitement that Katsina state is doing the mechanic village, adding that the only viable future in Nigeria is one where the youth are empowered and the Government provides a conducive environment to do business.

He also noted that the automobile sector has the capability to provide thousands of direct and indirect jobs, as $8 billion is spent by Nigeria to bring in automobiles from overseas.

“Most of the vehicles brought in are old and the money leaving the shore of the country is creating unemployment and the cars contribute nothing to industrialization in Nigeria”, he said.

He revealed that the NADDC is building three automobile industrial parks and three automotive testing centres in Zaria, Enugu and Lagos, and expressed hopes to extend the initiative to Katsina state.

“I am happy that Katsina state is doing this, NADDC is fully committed and will do all possible to ensure the success of the park. We will ensure that students are sent abroad for the train the trainer project”.

He further said that the use of electricity to power vehicles and vehicles that power themselves is important, adding that electrification of vehicles will be included in the training for the students so that Nigeria can be at par with the rest of the world.

Earlier in his presentation, the Director, Katsina Public Exhibition and Gallery, Dr. Hayatu Bashir, remarked that the integrated automobile body, mechanical and spare parts village project to be developed in Katsina will help to regulate and organise the mechanics, adding that the village will act as a skill acquisition centre where people can come for apprenticeship. 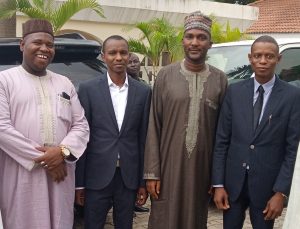 “There will be apprenticeship and training skills by international engineers. The apprentice will be monitored and evaluated to ensure continuity. There will be training of the trainers. Revenue generation will be gotten from Kaduna, Kano and Niger.

“Electrical and mechanical test will be conducted to service vehicles, there will be state of the art equipment for servicing. We will use diagnostic software to pinpoint basic repairs and suggest faults, and we will do auto body repairs, painting, panel beating, vehicle pickup and executive services”, he stated.

On the design, the group noted that the mechanic village has Vernacular Architecture which will sit in with the culture of the people and also serve as an avenue to encourage the people of Katsina to buy into the project.

The project is also expected to create employment and reduce environmental hazards.