WARRI: The federal government Friday, April 16, 2021, flagged-off commercial freight services on the Warri-Itakpe standard gauge route that was abandoned for over thirty (30) years but recently rehabilitated and put into operation.

Speaking at the ceremony which took place at the Warri railway station in Delta State, the Minister of Transportation, Hon. Chibuike Amaechi, said the laudable achievement will definitely boost the Gross Domestic Product (GDP) and equally enhance the socio-economic development of the communities living along the route. 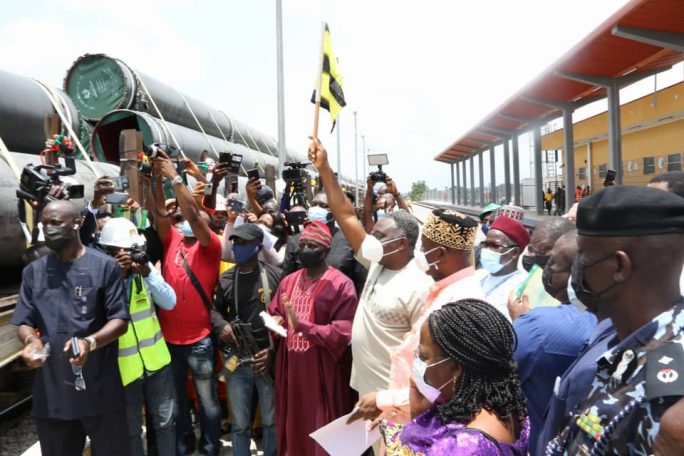 The freight service, he said, is a partnership between the Nigerian Railway Corporation (NRC) and the Nigerian National Petroleum Corporation (NNPC), to move materials for the Ajaokuta-Kaduna-Kano gas pipe project, adding that it will hasten the completion of this project and improve the electricity supply for domestic and industrial usage, and also accelerate the movement towards industrialization.

According to him, “It has been one of the strategic aims of the present administration to ensure that all critical infrastructure abandoned by previous Governments that would benefit the country and citizenry will be completed and commissioned by this administration.

“Only recently, precisely last year September, the President and Commander-in-Chief, Muhammadu Buhari virtually commissioned the Warri-Itapke standard gauge passenger train service. Reports available suggest that patronage on this route has increased by over 200% in the last few months and is becoming a preferred means of transportation for communities along this route in Delta, Edo and Kogi States”, he said. 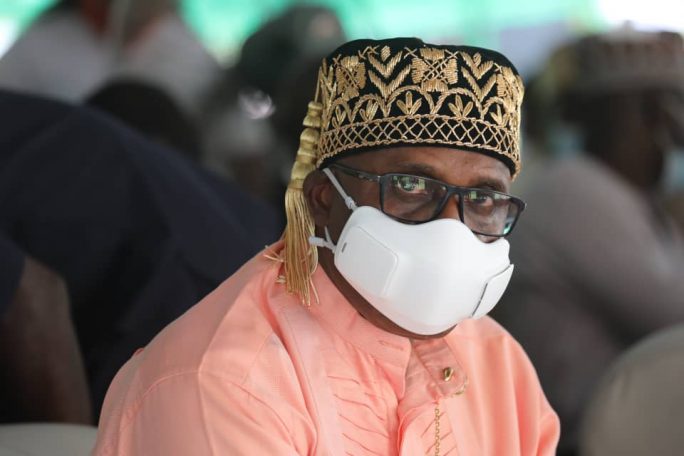 The Minister who noted that the modernization of railways in Nigeria is not confined or restricted to any geographical location in the country, called on the communities where these facilities are sited to make the best use of them by protecting the critical Federal Government infrastructure from vandalism.

For his part, the Chairman, Senate Committee on Land Transport, Senator Buhari Abdulfatai, said the commencement of freight services on the Warri-Itakpe standard rail line is a major step in Nigeria’s quest to have a functional rail transportation, adding that it is also significant as it addresses the huge infrastructure deficit confronting the nation, the transportation sector inclusive.

Abdulfatai who was represented by Senator Istifanus D. Gyang representing Plateau North Senatorial District, gave the Senate’s assurance of continuous cooperation and commitment to the Minister, towards the full realization of the long held dream of a functional nationwide rail network through much needed appropriation and effective oversight.

“The Senate looks forward to the speedy completion of more rail line arteries. This will relieve our roads from heavy duty haulage that shortens the lifespan of our roads. It also provides a cheaper and safer alternative to road transportation”, he said. 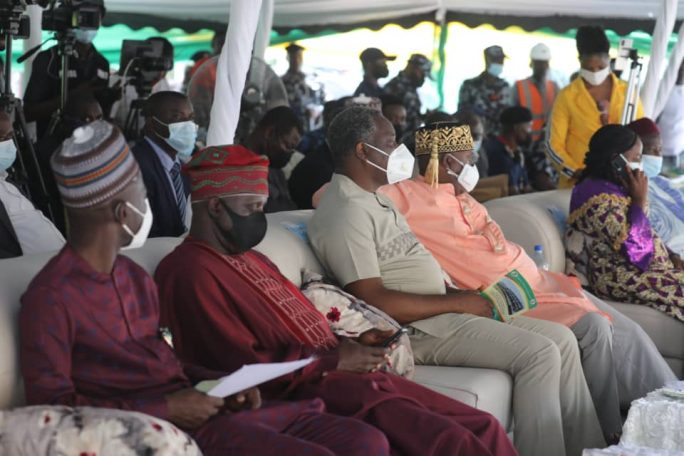