ECOWAS Charges Gambian Leader To Step Down Or Face The Consequences

The 50th session of the ECOWAS Heads of State and Government has come to an end in Abuja,  Nigeria’s capital with a call on Authorities to strengthen trade ties, increase regional cooperation, maintain democratic stability among others.  They also called on the Gambian leader Yahya Jammeh to uphold constitutional provisions by handing over to the duly elected president Adama Barrow.

This is just as  a 66 point communiqué  was issued with a strong message to the Gambian leader Yahya Jammeh to hand over to the duly elected president Adama Barrow on January 18, 2017 or face severe consequences as President Buhari of Nigeria was mandated to lead mediation effort in Gambia and is to be assisted by John Mahama of Ghana.

The focus of this year’s session centred on security challenges in the subregion, free movement of goods and persons within the community and political instability in Guinea Bissau and the Gambia.

The authority however welcomed progress made in some member states nearing double digit growth rates but expressed concern about poor performance due mainly to the combined negative effects of the fall in oil prices particularly Nigeria, deteriorating prices of other commodities especially minerals ores as well as fragile political situation in some countries. 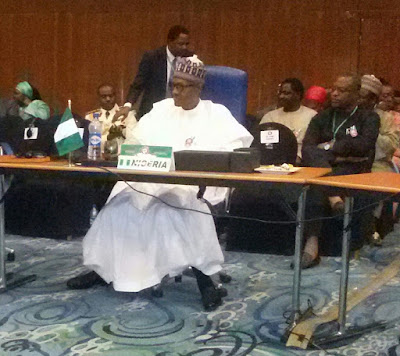 In his opening remark President Muhammadu Buhari emphasised that regional security remains key in regional development and stability. He expressed satisfaction with the maintenance of peace, security  and the resolution of the political situation in Guinea Bissau and Burkina Faso.

He said; “The community and member states are committed to maintaining the objectives of ECOWAS which are conflict prevention mechanism, regional market common external tariff, common custom law, common currencies among others. There is need for infrastructural investment, regional coordination framework for development partners and a concerted effort to fight climate change”.

In her remarks, President of Liberia and ECOWAS Authority Chair Mrs Ellen Johnson-Sirleaf thanked President Buhari for his efforts in maintaining security in the region. She also regretted set backs in the war against Boko Haram in Nigeria’s northeast and continued Islamist attacks in Mali and Burkina Faso saying this remains a stumbling block to the development of the region.

Also speaking President of the ECOWAS commission Marcel De Souza expressed gratitude to the Government and good people of Nigeria for the support the commission has been receiving. He further lamented the unfortunate incident that took place in Burkina Faso where a dozen soldiers lost their lives. He pledged the commitment of the commission to continually maintain its objectives and pursue regional integration, free trade and cultural exchange. 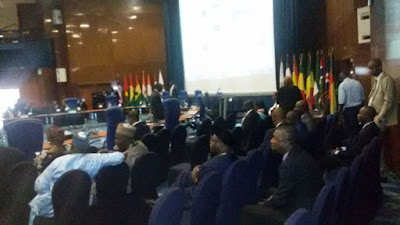 The authority further requested the endorsement of the AU and  UN on all decisions taken on the matter of Gambia and also requests their support on mediation efforts of ECOWAS including the  provision of technical assistance where required.

The summit had 11 Heads of State and representatives from 4 countries which include Benin, Burkina Faso, Cape Verde and the Gambia. Also in attendance were the UN special Envoy to West Africa Dr Mohammed Ibn Chambas, representatives of the African Union Chairperson and West African Economic and Monetary Union as observers.