ABUJA: Connected Development (CODE) has launched its 2018 Annual Report that highlights the impact of its social accountability initiative, Follow The Money, in tracking an estimate of NGN 1,289,579,737 (USD 3.6 million).

The tracked monies were said to have been budgeted for projects in 69 grassroots communities across Water, Sanitation and Hygiene [WASH], primary healthcare and education sectors, in the year 2018.

In the report, CODE emphasised its effort to spur stronger and inclusive growth for grassroots communities in Africa by providing them with the resources to amplify their voices; creating platforms for dialogue, enabling informed debate, and building the capacity of citizens on how to hold their elected representatives accountable through the Follow The Money initiative.

According to the CODE’s Chief Executive, Hamzat Lawal, in his introduction speech at the launch of the 2018 Annual Report themed ‘Amplifying Voices from the Grassroots’, “It was a year of resilience and remarkable achievement, our priority in 2018 was to track subnational budgets and ensure that Federal allocations to States and Local Governments reached grassroots communities for socio-economic development.

The report also featured CODE’s tracking of spending in the extractive sector through its Conflict and Fragility Campaign, aimed at mitigating human rights and conflicts issues to improve the livelihoods of grassroots communities in the Niger-Delta region.

CODE noted that it engaged policy makers, stakeholders and beneficiaries, on the effects of artisanal mining activities in Nigeria, Ghana and Cote d’Ivoire, adding that it also features Follow The Money’s expansion to other African Countries in Kenya, Liberia, Cameroon and The Gambia. 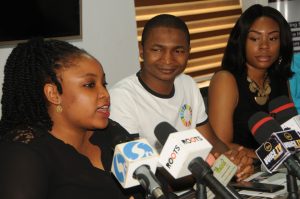 CODE’s 2018 Report was launched alongside the presentation of Follow The Money’s award as the 2019 United Nations Sustainable Development Goals Mobilizer of the year.

The Chief Activist, Hamzat Lawal, dedicated the award to rural grassroots communities across Africa, the CODE team for their resilience in promoting the Follow The Money mission even in the face of insurmountable pressure; and to the donor agencies who believed CODE’s vision and contributed to actualising its mission. 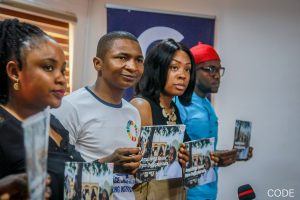 It also describes its FTM sustainability model of building capacities of rural dwellers on how to hold their elected representatives accountable without CODE’s influence; and the inauguration of new local and international Follow The Money chapters.