By Esther Atani, The Sight News

Despite the ongoing economic crunch, the tourism industry has steadily been providing jobs, creating 1.8 million jobs in 2017 and the hospitality sector is prospected to see significant growth over the next ten years.

This was the position of the Director General, Nigeria Tourism Development Corporation (NTDC), Mr Folorunsho Coker during his keynote address at the 2019 China Cultural Week, an event hosted by the China Cultural Centre Thursday in Abuja.

He unveiled initiatives such as the Tour Nigeria brand and a five point plan tagged ‘CHIEF’, which represents Corporate Governance & Regulations, Human Capital Development; Infrastructural development; Events and Marketing; and Finance and Investment.

He emphasized that these were all geared towards encouraging Nigerians to know their country better, appreciate and subsequently exploit the huge potentials the country is blessed with especially in the tourism industry.

He asserted that every Nigerian was a stakeholder in Nigeria’s tourism and that all hands have to be on deck for the tourism industry in the country to experience true progress. 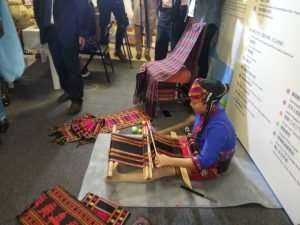 He also called on the media to play their part by showcasing the beauty of Nigeria and minimizing her weaknesses as this would help Nigerians appreciate and patronize locally manufactured products and services.

Coker, lamented the still pending adoption of the Unified African passport by the legislature, saying that the passport would have allowed other African nationals easier access to Nigeria thereby increasing her tourism revenue.

The focus of the opening ceremony held, was on a little known province in China called the Hainan Province. Colloquially called the “End of the Earth” by the Chinese, the Hainan nevertheless boasts unique delicacies like the heady Shinlan Wine made from rice that grows only on the highest mountain in Shinlan. 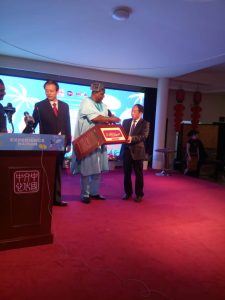 Representatives from the National Tourism Board and other stakeholders in the industry graced the event.

The Director General of the National Council for Arts and Culture, Otunba Segun Runsewe also made an appearance cutting the ceremonial ribbon of the event.