The Chief of the Air Staff (CAS), Air Vice Marshal (AVM) Oladayo Amao, has commended the pace of work on ongoing infrastructural development projects at the 407 Air Combat Training Group (407 ACTG), Nigerian Air Force (NAF) Base Kainji, Niger State, which are being emplaced to accommodate the 12 x A-29 Super Tucano aircraft when they arrive Nigeria.

The CAS equally expressed some degree of satisfaction with the progress of work on ongoing projects at the 109 Combat Reconnaissance Group (109 CRG, formerly known as 203 CRG) NAF Gombe, which is to serve as the Base for the Unmanned Combat Aerial Vehicles (UCAVs) ordered by the Federal Government from China.

AVM Amao made these known Wednesday, March 3, 2021, while on his maiden operational visit to the NAF Bases in Kainji and Gombe, a statement by the NAF Spokesperson, Air Vice Marshal Ibikunle Daramola disclosed.

Speaking after the inspection/assessment tour of projects in Kainji, which include the ongoing construction of 3 blocks of 10 single-bedroom Single Officers’ Quarters (SOQ), one block of 6 x three-bedroom Married Officers’ Quarters (MOQ) as well as a block of 30 x single-bedroom Transit Accommodation for Non-Commissioned Officers (NCOs), AVM Amao expressed delight at the commendable pace of work. 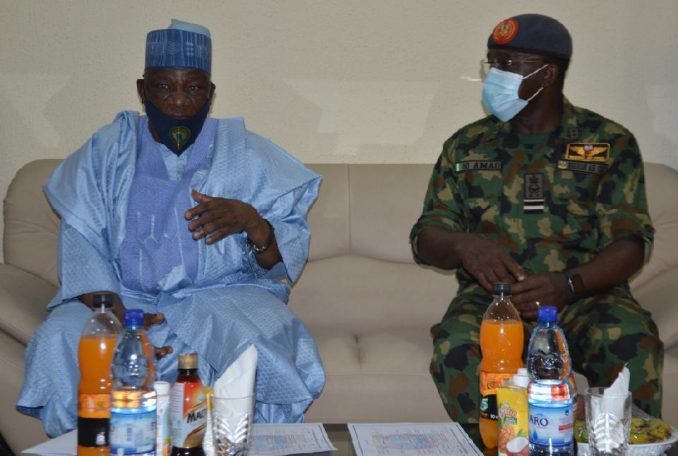 The CAS, who also inspected work on the arming bays, apron and other projects being executed by contractors assigned by the United States Government, stated that it was very clear that all was being done to ensure that virtually all the infrastructure required to accommodate the Super Tucano aircraft would be in place prior to their arrival by the middle of 2021.

Before departing Kainji, the CAS held an interactive session with the officers, airmen and airwomen, where he urged them to remain disciplined and unwavering in their commitment to duty. 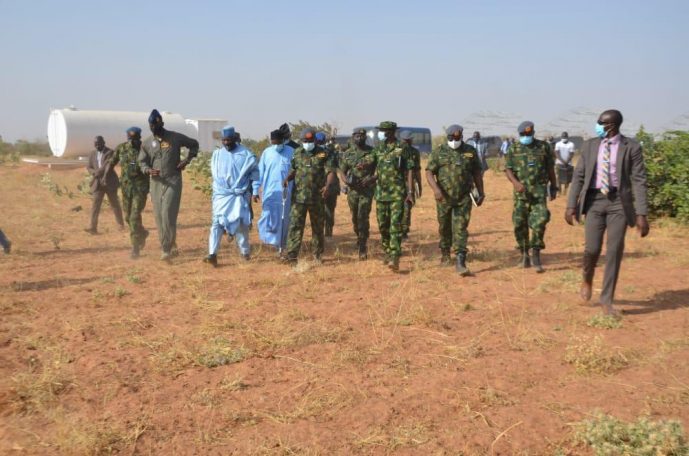 He also advised them to always be security conscious whilst contributing their quota towards ensuring that the NAF enhances and sustains critical airpower capabilities required for joint force employment in pursuit of national security imperatives.

The CAS also entertained questions and received feedback as well as suggestions from the personnel on how to move the Service forward for more effective and efficient service delivery.

In Gombe, the CAS was received on arrival by the Deputy Governor of the State, Dr Manasseh Daniel Jatau, and the Secretary to the State Government, Professor Ibrahim Abubakar Njodi, amongst other State Government Officials; after which he proceeded to inspect ongoing infrastructural development at 109 CRG, including the Taxiways, Apron, Aircraft Shelters, Bulk Fuel Installation (BFI), Ammunition Dump, Access Roads as well as Office and Residential Accommodations. 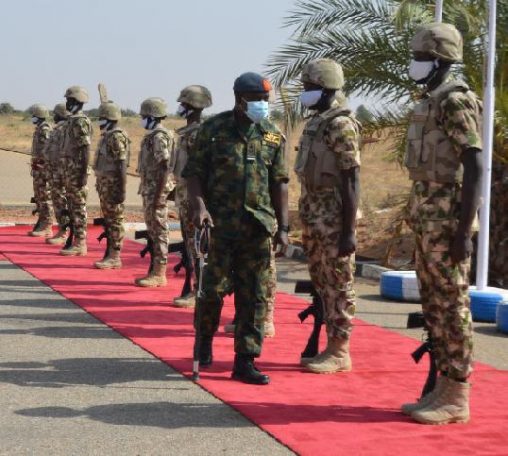 Speaking after the inspection of the facilities, the CAS, while thanking the Gombe State Government for not only allocating the 230 Hectares and providing other forms of support towards the speedy establishment of 109 CRG, noted that much still needed to be done to make the Base ready to receive the UCAVs, which he said would soon be arriving the Country.

He remarked that, aside the currently completed and other ongoing projects, there was need for the NAF and Gombe State Government to jointly work towards connecting the Base to the national grid whilst also commencing work on the construction of the access road to the Base.

In his remarks, the Gombe State Deputy Governor, Dr Manasseh Jatau, expressed extreme delight at the speed at which the NAF was developing facilities at NAF Base Gombe, remarking that it was nothing short of extraordinary.

He equally expressed appreciation to the NAF for the medical outreach conducted for host communities in the Akko-Gona Emirate area of the State in October 2020, barely 2 months after the establishment and groundbreaking ceremony of the NAF Unit. 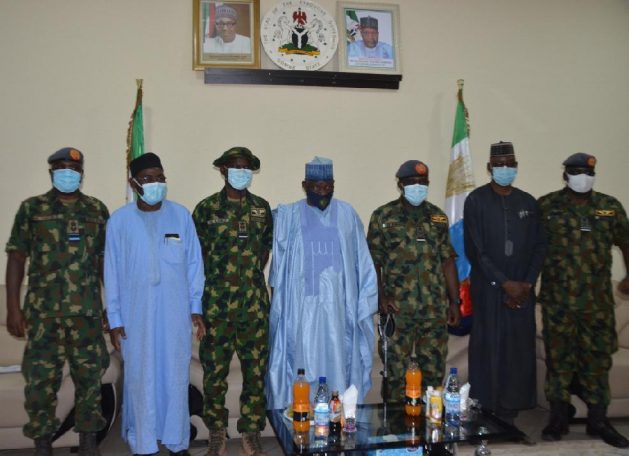 He noted that the outreach benefitted members of the affected communities immensely and pledged that the State Government, on its part, would continue to do its best to support the NAF towards the ultimate goal of improving security in the State and indeed the entire North East.