Two astronauts,  Bob Behnken and Doug Hurley have launched into the upper atmosphere in a SpaceX’s Falcon 9 rocket.

The spectacular and historic launch had the first-stage rocket booster detached, and the second-stage of the rocket lit up its own engine and accelerated Behnken and Hurley’s capsule to orbital velocity. 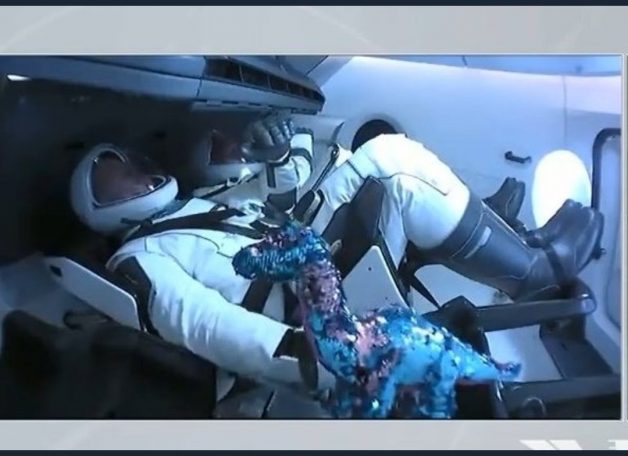 According to CNN, no Astronauts have made this journey after launching from the United States since NASA’s Space Shuttle Program retired in 2011

The flight marks the first ever-crewed space launch by a private company and it is the first crewed NASA launch from US soil since 2011.

The spacecraft was designed, built, owned and operated by a private company — SpaceX and blasted off Saturday with two NASA astronauts aboard. It is the first purely private sector launch to orbit in space history.

The SpaceX Falcon 9 rocket, carrying the company’s first piloted Crew Dragon ferry ship, vaulted away from pad 39A at the Kennedy Space Center at 3:22:45 p.m. EDT to kick off a long-awaited test flight to the International Space Station. 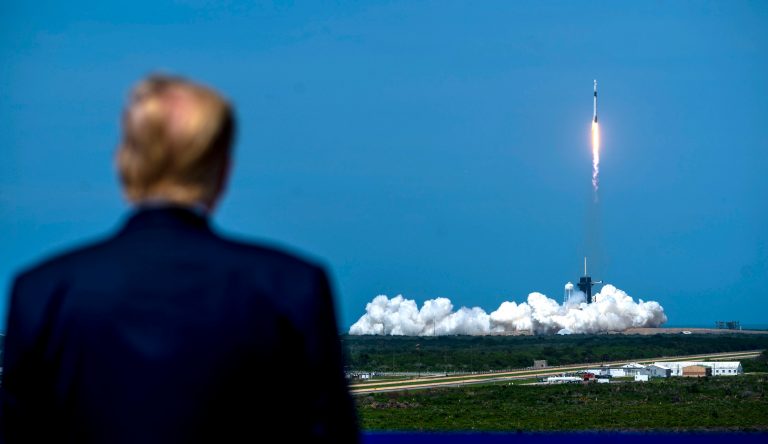 President Trump who was there  Wednesday to see the launch which was aborted, returned Saturday to cheer and  witness the historic moment.

Recall that stormy weather had forced SpaceX to call off the first launch attempt Wednesday, and Saturday’s launch, was also in doubt until late in the countdown, due to the same weather system along Florida’s Space Coast and rough conditions along the spacecraft’s downrange trajectory.