The Chief of Air Staff (CAS), Air Marshal Oladayo Amao, has stated that the events of the past few days involving the unfortunate crash of an Alpha-Jet aircraft should inspire and spur Nigerian Air Force (NAF) pilots, technicians and ground troops to remain resolute, unrelenting and undeterred in the fight against insurgency in the North East and other parts of the country. 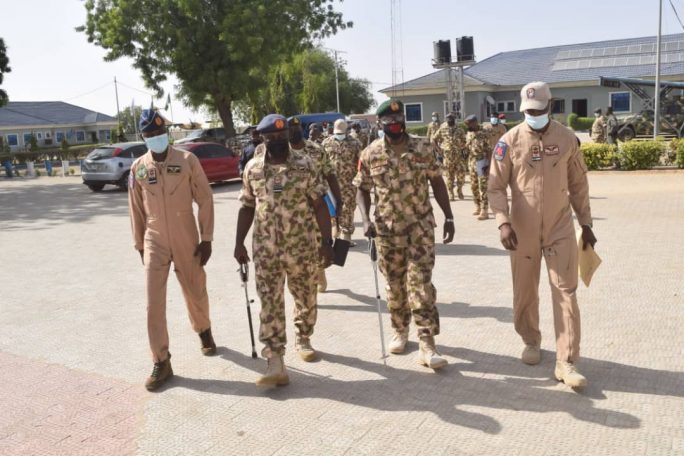 He stated this while on another visit to the Air Component of Operation LAFIYA DOLE, Maiduguri and after receiving a brief from the Air Component Commander, Air Commodore Nnamdi Ananaba, on the ongoing collaborative efforts with the Nigerian Army (NA) to locate the actual site of the Alpha Jet crash, a statement by the NAF Spokesperson Air Commodore Edward Gabkwet noted.

According to the CAS, “Despite the sad events of the past few days, now more than ever before is the time that the NAF must show strength, determination and remain undeterred and unrelenting until the entire North East is rid of terrorists and other criminal elements”. 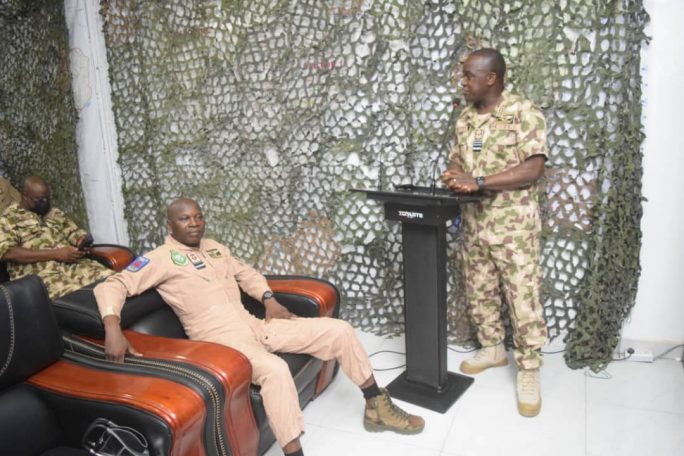 Air Marshal Amao noted that, while a lot has been achieved towards degrading the capacity and capability of the insurgents, much more is needed to be done to achieve the desired level of peace and security in the Region.

In his words, “We must continue to work assiduously, in synergy with sister Services and other security agencies, to ensure that peace and security of lives and property are achieved”.

On the issue of the crashed NAF Alpha-Jet aircraft, which was declared missing on 31 March 2021 after losing radar contact, the CAS stated that the videos being circulated on social media alluding that the aircraft was shot down were false. 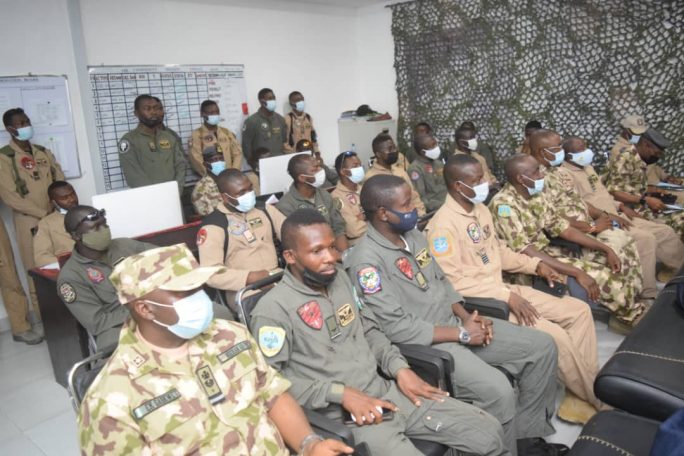 According to him, “From critical analysis of all available intelligence, it was obvious that the air accident was caused by other factors soon to be unraveled”. He went further to state that efforts were still on, in collaboration with the NA and other security agencies to find the crashed aircraft as well as the two pilots, so as to bring the matter to closure.

Air Marshal Amao assured the troops of his support to them as they intensify efforts towards ensuring that the fight against insurgency comes to an end in no distant time.

He further reassured them that the entire Nation is behind them and supportive of their efforts hence the need for all to remain focused. 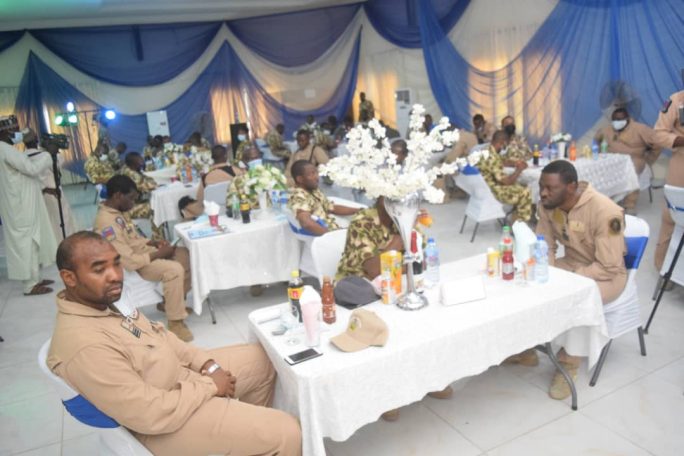 The visit coincided with the Easter celebration where the CAS dined and interacted with the troops while also commending them for their efforts towards projecting air power as well as providing close air support to ground troops in the fight against insurgency.

Air Marshal Amao was accompanied on the visit by the Chiefs of Training & Operations, Aircraft Engineering and Logistics as well as some retired senior NAF officers. The Theatre Commander Operation LAFIYA DOLE, Major General Farouk Yahaya, was also on hand to update the CAS on the activities of the entire North East Theatre.